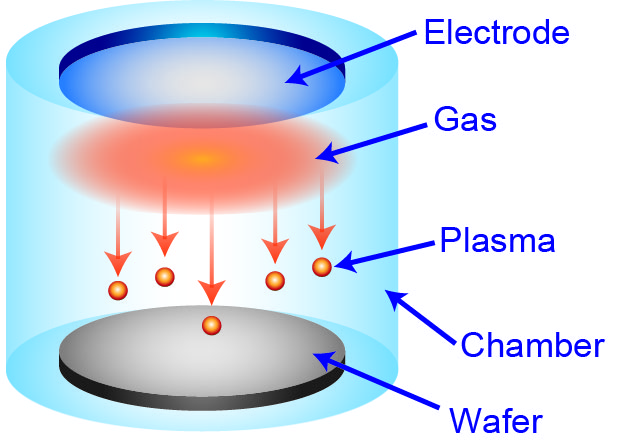 Plasma is generated by applying RF to the gas enclosed in the chamber. When generated plasma reaches the wafer, chemical reactions occurs on the wafer surface. The combination of wafer and gas determines the type of film to be deposited. For example, when N2(nitrogen) gas and Si wafer are used, SiN(silicon nitride) is deposited.

Evaporation method : Heat the metallic material and evaporate it.

Sputtering method : Hit plasma against metal surface and metal particles that jumped out are deposited on the wafer.

Etching is a method of processing wafers with chemicals or plasma. With plasma, micro scale etching is possible. Etching improves various technologies (miniaturization of recording devices such as HDD, creation of MEMS, and so on). 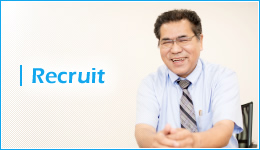